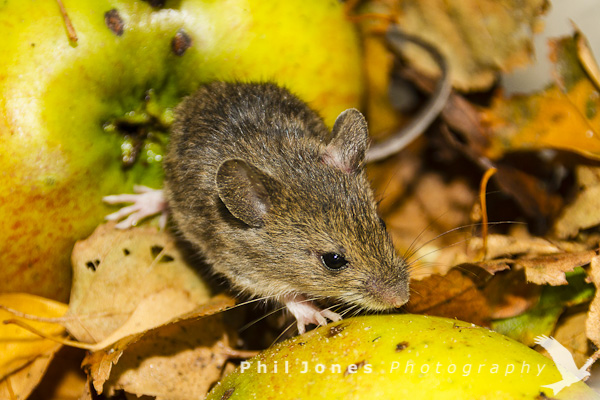 This is one of the luckiest mice in the area. Sarah and I found him (?) hiding by the side of a bookcase with a very interested cat (Jinx) nearby. The cat had obviously brought him in to tease and then had got bored and let it go. I managed to catch the little fellow and put him in a large container with some leaves and wind fall apples to photograph. Fairly quickly he settled down and explored the area and I was able to get a few half decent shots of him. This is one of the best photographs. After his moment on the catwalk (!) I released him into the hedgerow. The cats were kept indoors giving him time to make his escape. This approach seems to have worked because the cats did not round him up again!