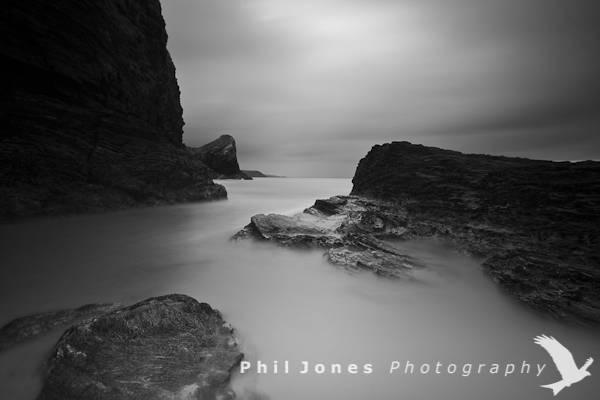 Not quite sure what the day was going to turn out like - weather wise. We headed off to Cardigan to visit Pendre Art Gallery and then went to the Abbey at St Dogmael's. Weather was raining off and on but we stuck it out. On the way back we dropped in at Llangrannog. The tide was turning and I sensed an opportunity to get some long exposures of Carreg Bica (which I did once everyone had stopped walking through the pristine sands and leaing footprints; you know who you are). Then I saw that Mwnt was just visible from the southern end of the beach and the waves were rising around the rocks in the foreground. I couldn't resist the moment. Sarah was cold so I sportingly gave her the car keys while I composed and filtered and exposed (165 seconds). Excited I packed my kit away and returned to the car park. I ran frantically through the car park, past The Ship Inn and up the hill. Finally catching up with Sarah around Aberaeron (the road works had held her up). We contemplated chips on the way home but managed to resist the urge on this occassion.